This one took a while! I might should warn you – it’s a stream-of-conscious chapter with switchbacks of memories. Vincent’s path is twisty-turvy, but I hope I cleared the rubble from beneath the readers’ feet. 🙂

This chapter begins where we left Vincent in Chapter 24. About mid-way through that one, he takes off running. You might want to go back and reread that whole scene, but the last bit of it reads like this:

A bundle of rag torches stood upright in a cleft of stone. In the ladder well, a lantern burned, and with its fire, he lit beeswax-soaked fibers that flamed and settled to a bright, yellow glow. In the secret passage again, his pace quickened. He felt the stretch and reach of his legs, the springing coil of muscle in his thighs, a tightening in his abdomen, a loosening of his arms. As he left the connecting tunnel, as he loped into the turn toward the wider corridors north and west, he surrendered to his blood’s urgency. His heart thrummed, each footfall rhythmed with it, and the treasured light began, a white-hot pinpoint in the deepest reach of his mind that blazed stronger and stronger until he was that light, until he was exchanged for it.

His hood was down; his cloak free in the air behind his knees, the mantle close about his shoulders, its long laces crossed over his sternum and tied ‘round his waist.

This … this I will do. For he had promises to keep, those of his own lips and those unspoken, those exacted at the moment of his birth.

Thank you for visiting! 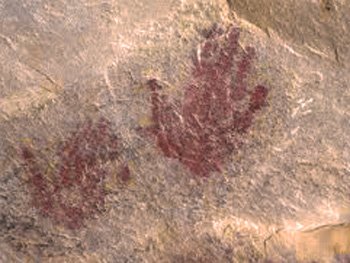